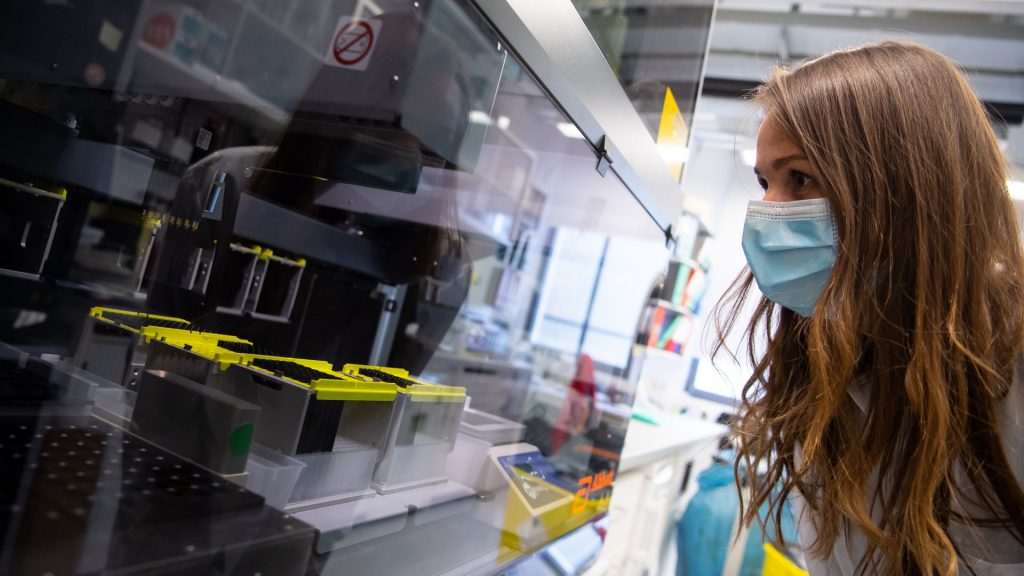 While the global pandemic has shut down the world in many ways – or, at least, created hiccups at almost every stage, the wheels of industry would have to roll on for the world’s economies to survive and for people to wait out the time for scientists to come up with answers to the Coronavirus.

One of the biggest hits of the present pandemic has been to the mining industry – which has seen huge shortfalls in output everywhere in the world. Industry reports are disheartening: mining output in Mexico is slated to fall by 17%; Coal India reported an 11.2% decrease in output from the same time last year; South Africans are looking at a nearly 10% decrease in 2020.

Most mining operations are at a standstill. Working in close proximity to each other down inside a mine is extremely hazardous and this has been borne out by reports coming in from the mines in Silesia in Poland, recently.

What can be done?

The industry has to go on and business continuation under circumstances like this is only possible with analytics technologies that not only make possible but also heighten work efficiency in mines by digitizing and automating the safety processes that would have to be monitored manually earlier.

We can take the example of the ‘Mine of the Future’ unveiled by Rio Tinto in 2008. Operations there have not been hit by lockdowns and other measures governments and companies are having to take this year. Machines are operated remotely, with the underground operation being controlled from above-the-surface operations centers miles away from the site. The actual work is being done by machines. Full automated mines would not see even a day’s loss of work under circumstances as severe as we are seeing this year where work has been suspended in almost all mines, everywhere.

One day this curse of the Coronavirus would lift from this earth. Automation is already a reality and would increasingly become the norm for continued work in mines at this time. The advantages of such a shift in technology would be long-term and continue to give benefits to mining companies for decades to come.

The most visible area in the world where this practice is seen is the Pilbara region of Australia where companies like Rio Tinto and Fortescue Metals carry out their automated processes from as far away as Perth, 1,200 km away. Some, like Gold Fields, is in the process of installing remote-controlled machinery for its underground operations which would be operated by control centers above the surface.

Remote mining and automation are more effective than traditional methods because sensors and machinery provide live data of the ore body being mined. Among many advantages is the safety in placing explosive charges in drill holes where they are most effective. Earlier, companies would have to rely on the experience of a drill operator. Safety processes are digitized and automated using analytics technology.

Lower staffing is a huge advantage that would accrue to mining companies. The labor force would have to learn new skill sets to be able to work with the new technology. This is complemented by the use of newer options like Zoom, Slack, and other virtual collaboration tools in the corporate sphere.

Apart from cost-cutting on the day-to-day running and reimbursements, business disruptions would be minimized and the rare occasions would be responded to in real-time.

It’s not all bad for workers. More people could think of a career in mining as jobs would open up to different sorts of personnel and people with disabilities as well. With a cleaner working environment, with the use of efficient machines, people who had not considered a job in mining could be attracted to this sector.

Companies would also be allowed to implement family-orientated strategies as part of their larger plan. Purpose-built mines would have a whole different design from what we see now with processes being streamlined and better scheduling and traffic management of machines and of people.

The revolution would be one for a greater, longer good

With more going for it than not, machine and process automation at mines would be a boon to the world in general and to mining companies and workers in particular. The transition to a mechanized and automated mining practice would have been expedited by the pandemic that has wreaked havoc in most other sectors of human enterprise.

The world would emerge with a new way of living and doing business. And towards this end, this revolution in mining would have brought in the greater good for all in the short and the long term.