For development and selection of polymers for specific uses decomposition studies of polymer are extremely essential. This can be studied by classical method of gradually changing the temperature through the period and study the change visually. The process is incorrect and time consuming. A study of the kinetics of decomposition of a polymer is an extremely useful tool for this study.

An unknown polymer strip was received by lab for its identification. After identifying the sample, its decomposition kinetics was studied by TGA.

TGA-DTA Thermogram for Identification of the sample 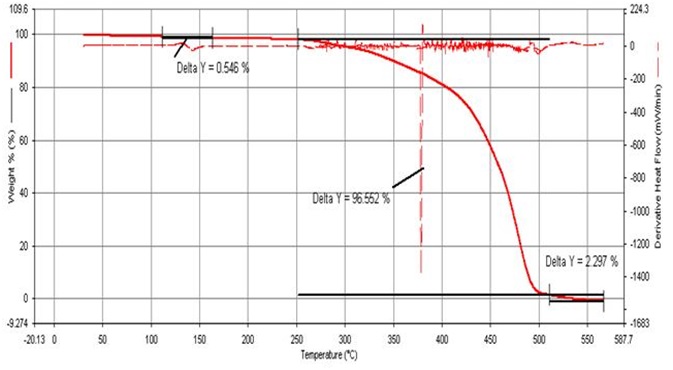 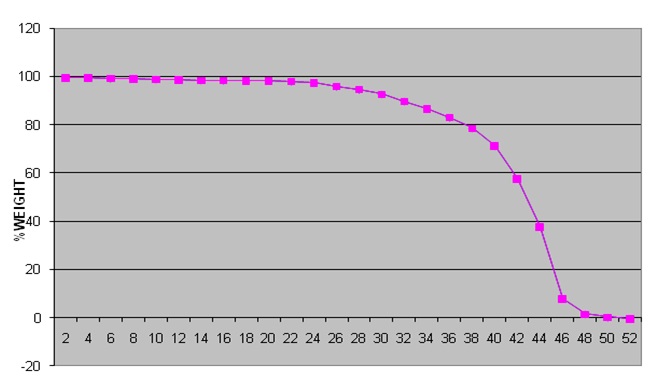 Mass loss as a function of time

From the study of the above two graph it was revealed that upto  230OC, it upto 22 mins,mass loss/min as also the total mass loss is small. In this temperature zone, the moisture &other volatile matters are lost, actual decomposition of the polymer has not started. Actual decomposition starts at 250OC &completed around 500OC. 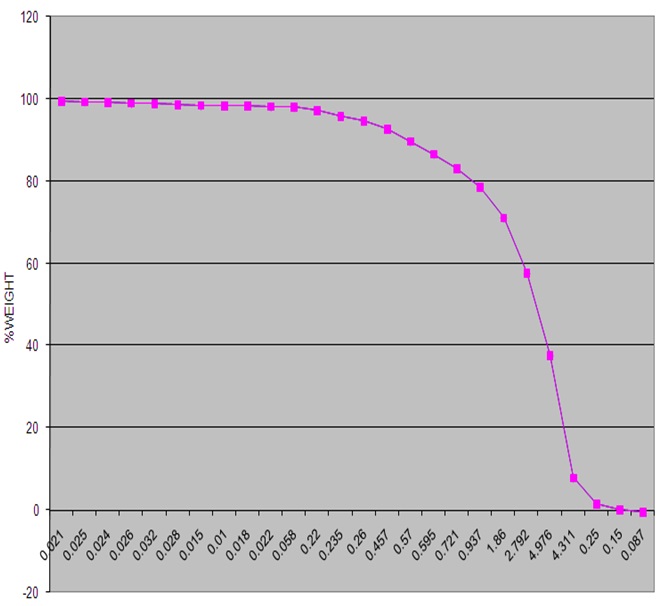 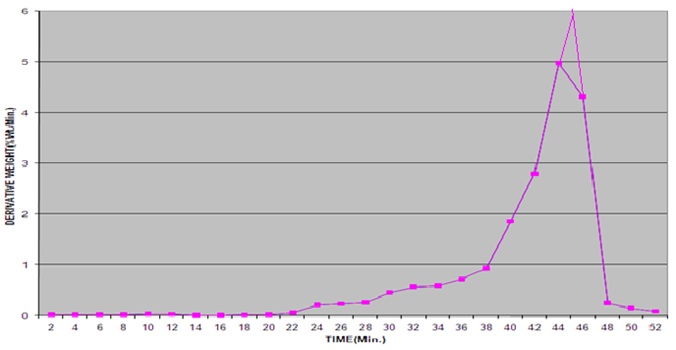 The two graph show that rate of decomposition with time is independent of concentration (% mass) when moisture and any other volatile matter are removed but gradually increases when actual decomposition of the polymer starts at 250⁰C reaches a maximum at 480⁰C and rate decreases thereafter and again becomes minimum when decomposition is complete.

Study of the sp. rate of decomposition with inverse of temperature (K)

So a plot of log (sp. rate) with Temp..-1 will the a straight line with a negative slope.

Contributed by:  Ms. Alakta Saha under the guidance of Prof. Barun Gupta