After dissolution of samples (Mn Ore, Iron Ore, Silico manganese and Ferro manganese) filter off the silica. Transfer a suitable aliquot of the solution in two 100 ml volumetric flasks, add to each flask iron (III) chloride solution and ammonia solution until the first appearance of an iron (III) hydroxide precipitate. Add HCl dropwise until the precipitate is dissolved. Add hydroxylammonium chloride solution, heat the solutions to boiling to decolorize them. Allow the solutions to cool to 25 ℃ and add HCl (1:1) to both the flasks but add ammonium molybdate solution to one of the two volumetric flasks.

Allow the solutions to stand for 10 min in order to develop the colour. Measure the absorbance of the test solution using the spectrophotometer at 825 nm, against the solution containing no ammonium molybdate as reference.

Carry out the blank test through all stages of the analysis. 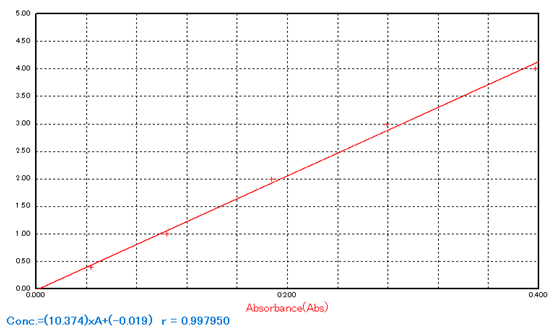 We have analysed several number of samples of different commodities

The optimized method for the spectrophotometric determination of phosphorous is working on simple and straight forward principles of reducing phosphomolybdate complex formed from test quantity of phosphorous and molybdate in excess followed by its reduction with hydroxylammonium chloride solution leading to the formation of molybdenum blue which could be monitored at 825 nm. Chemicals involved in the method are cheap and are considered to be normally available in common laboratories. The method is unlike other methods since it neither involves sophisticated instruments like ICP-OES nor requires strict control of pH. The reducing agent, hydroxylammonium chloride employed here to reduce phosphomolybdate is a known shelf stable and preservative and preparation of its solution is also simple and solution once prepared it is found to be very stable when compared to the nature and stability of ascorbic acid solution which is used as a reducing agent for phosphomolybdate to determine phosphorous in an official method. In that official method the reducing agent ascorbic acid solution is to be prepared on daily basis. In addition, the developed new method is working satisfactorily for the determination of phosphorous present in various samples analyzed here. The phosphorous results obtained using the new method are in good agreement to that obtained using ICP-OES. Therefore, the developed new spectrophotometric method with reducing agent hydroxylammonium chloride for the determination of phosphorous can be used either as an independent or as an alternate method to the existing instrumental method. This method is also less time consuming than wet chemical method.

Contributed by Ms. Alakta Saha under the guidance of Prof. Barun K. Gupta.