TURNING A POLLUTANT TO SOMETHING OF USE 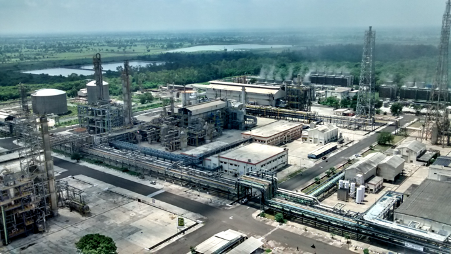 One of the most polluting of all industries

The fertilizer industry has been named among the most polluting under the 17 categories mentioned by the Central Pollution Board. Developments in production technology to lower cost and also increase efficiency have increased the propensity to pollute the environment. In an effort to save water, fuel, and raw materials to minimize contamination of their surroundings, they have now run out of ideas to redeem their reputation.

What they are now doing

Now, clay filler is being added to the fertilizer in the production process to help spread the fertilizer evenly and avoid burning of plants. The industry has proposed to make use of the sludge that is generated from their effluent treatment plants (ETP) as filler instead.

This by-product of the ETP is a hazardous waste under Section 35.3 of Schedule I of the Hazardous & Other Wastes (Management and Trans-boundary Movement) Rules drawn up in 2016.

Commercial grade phosphoric acid is fed to the ammonia-scrubbing system to recover un-reacted ammonia present in the exhaust of the reactor and the granulator. This recovered un-reacted ammonia is then fed into both the reactors – the partial-nitrification reactor (PN), where sulphuric acid (98%)is added, and in the pipe reactor (PR) – and the partially mixed raw materials and fines discharged from the recycled belt conveyor are elevated to the granulator.

Liquid ammonia and ammoniated phosphate slurry from both reactors (PN & PR) are added to the granulator. Material falls directly from the granulator to the drier where the fertilizer is dried by hot air from a coal or oil-fired air heater.

The hot granules from the bucket elevator are fed to two screen feeders to remove oversize materials. Oversized particles are fed to the pulveriser to reduce size. The granules are then discharged into the fine hopper. Clay filler – with Muriate of Potash for Nitrogen-Phosphorus-Potassium (N-P-K) – is added to the fines online on a recycle belt conveyor. The combine is recycled back to the granulator through a recycle belt conveyor.

Clay as filler is added at the rate of 25-40 kg/MT of DAP/NPK to the recycle conveyor. The hot product, of specified size, from the screens, passes to a fluid bed cooler. Exhaust air from the fluidized bed cooler is discharged into the gas scrubber.

The exhaust from the PN reactor and granulator enters the ammonia scrubber where fresh strong phosphoric acidis added. The gases then go to the gas scrubber where drier exhaust gas, de-dusting air and cooler-off gases are added to the system. In the gas scrubber, the gases are scrubbed by the circulating liquid, which is mainly the combination of fluorine scrubber, bleed liquid, and process liquid effluent liquor stored in a sump as mentioned infig.1. 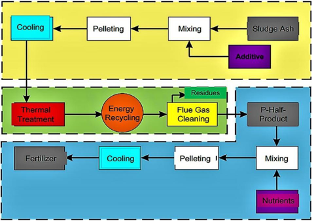 This technical process reduces much of the dangers that were seen before. The sludge coming out of the effluent treatment plants are not only not being released – it is being utilised. This form of recycling has multiple benefits to the manufacturers and also to society at large because it keeps the environment in mind.