Congeners are biologically active chemicals and are often contained in alcoholic beverages, in addition to ethanol, the key biologically active ingredient of alcohol. They are produced in the process of fermentation or ageing, when organic chemicals in the beverage break down. They may also be added during the production process to contribute to the taste, smell and appearance of the beverage.

Methanol, also known as wood alcohol, is a congener contained in alcoholic beverages which is thought to contribute to hangover symptoms and is toxic. It is a constituent of many commercially available industrial solvents and of poorly adulterated alcoholic beverages. Methanol toxicity remains a common problem in many parts of the developing world, especially among members of lower socioeconomic classes. Hence it is essential to prevent / monitor adulteration.

Determination of methanol is carried out using FTIR spectroscopy, HPLC / RI and Spectrophotometry. In this study, an attempt has been made to quantify methanol in synthetic samples using Attenuated total reflectance (ATR) technique and then extending the focus to work on real alcoholic beverages. ATR to technique is used to overcome the problem of strong absorbance in mid IR region. 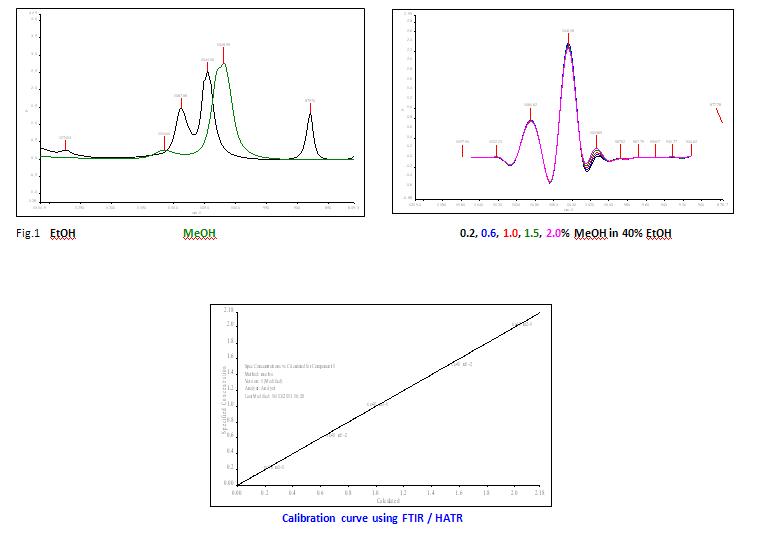 Actual and predicted values of methanol% in prediction set 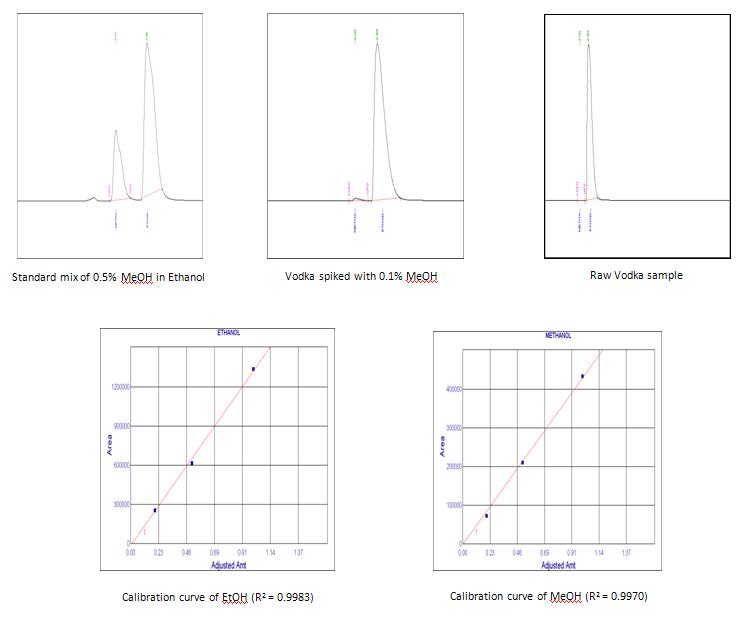 Actual and predicted values of methanol% in prediction set

With the developed calibration curve a number of samples are used for prediction of methanol concentration. ATR predicted results are in good agreement with the actual concentration and those obtained using other analytical methods. Hence this could be used in routine analysis for determination of methanol as an adulterant in alcoholic beverages.