Sulfur is a very important element in today’s world. Its most important use is in the manufacture of sulfuric acid (H2SO4). Sulfur exists in two allotropic forms. The two forms of sulfur are known as α-form (Orthorhombic crystal structure) and β-form (Monoclinic crystal structure). Both allotropes are yellow, with the α-form a brighter yellow and the β-form a paler, whitish-yellow. 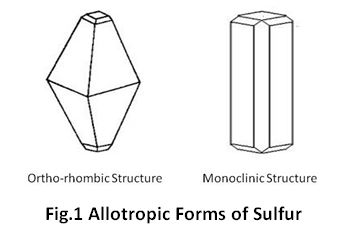 In the present study, the thermal analysis technique has been used to investigate the phase transition behaviors of elemental sulfur. This technique provides qualitative and quantitative information about physical and chemical changes that involve endothermic or exothermic processes or changes in heat capacity using minimal amounts of sample.

Fig.2 Shows the DTA thermogram of the elemental sulfur at the heating rate of 40°C in presence of an inert gas such as Argon. 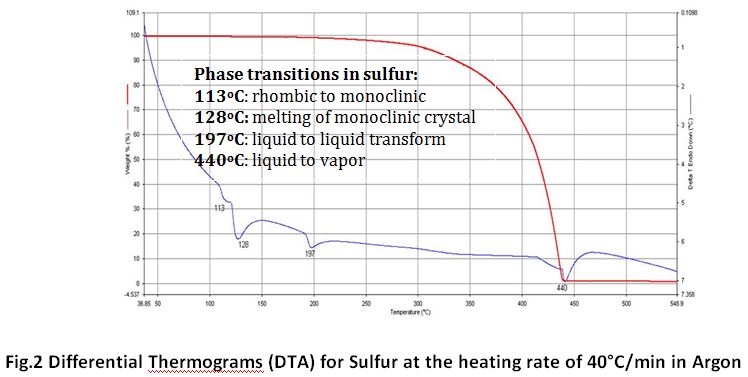 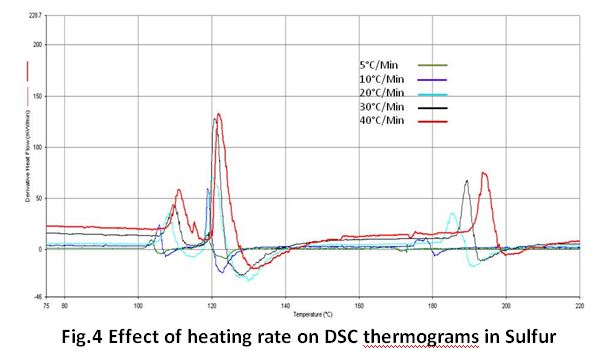 On the other hand, when sulfur finally volatilizes from liquid state to vapor state, there occurs a rapid mass loss which is reflected from the derivative wt. curve with temperature in Fig.5. 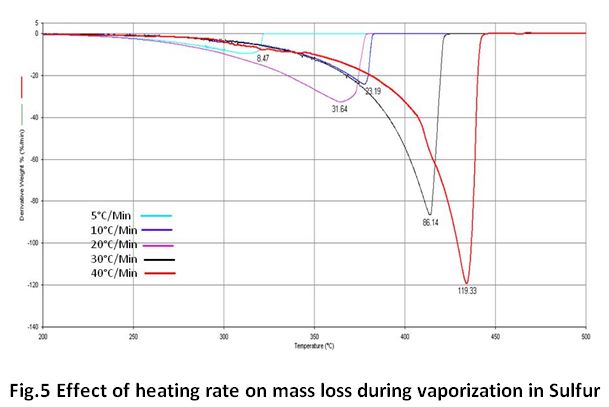 The activation energy for the above processes has been estimated by the Kissinger relation as follows: 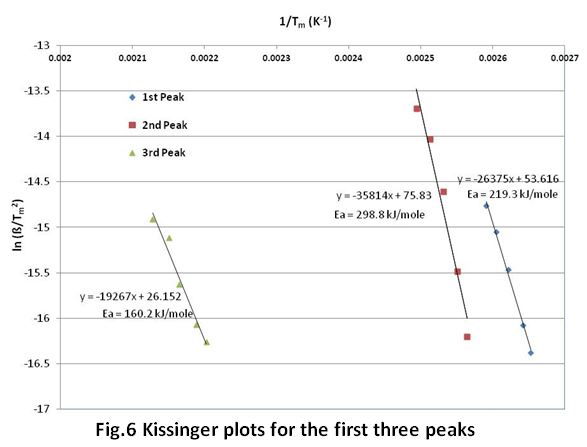 Fig.7 shows the Kissinger plot for the liquid to vapor phase transformation. The activation energy derived from the plot is 65 kJ/mole which is close to that reported in the literature. 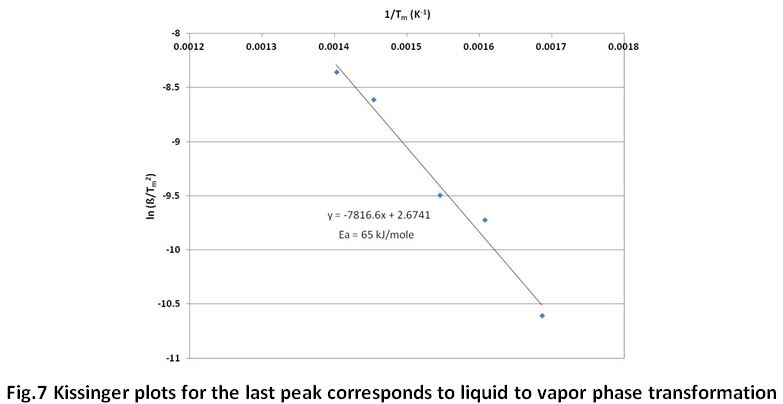 Apart from the above analysis, TGA study is found to be an important tool for determining purity of elemental sulphur. Fig.8 presents the TGA curves for different sulfur samples for which the purity is presented within the graph. It is determined from the weight loss that occurred at high temperature under the controlled atmosphere. 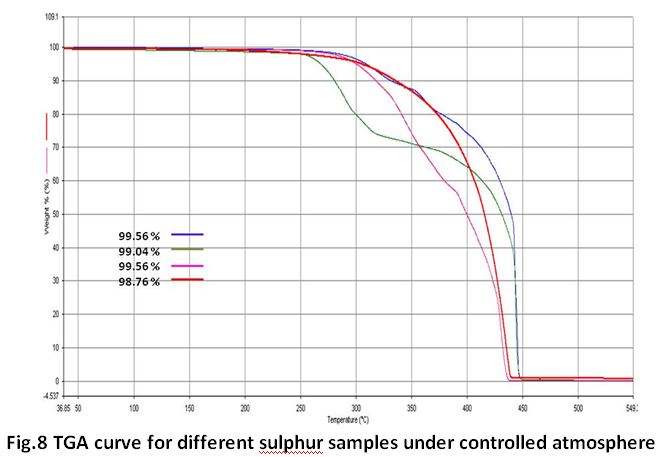