TGA measures the amount and the rate of change of the mass of a sample as a function of temperature/time in a system with controlled atmosphere. The data obtained from the graph may be used to identify a polymer and to study its properties like

All these can be measured in an inert atmosphere like N2. Changing N2 by Air Oxidative degradation can also be studied which will be reported later.

Five unknown samples were sent to Lab for identification and study of their properties. TGA-DTA was carried out, the polymers were identified and the properties were studied.

The samples were characterized by using TGA.

TGA-DTA Tharmograms, Explanation of the Graphs for each of the five samples: 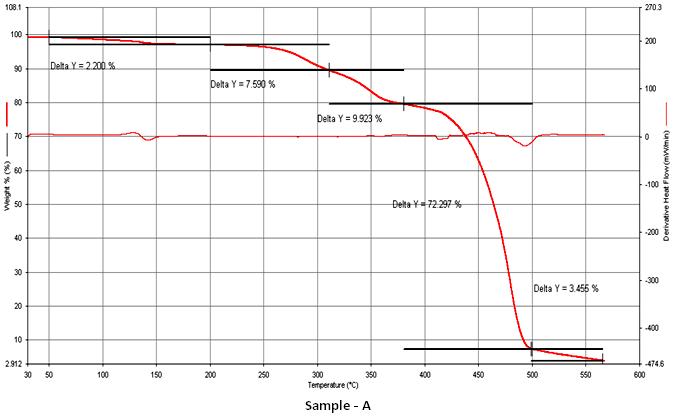 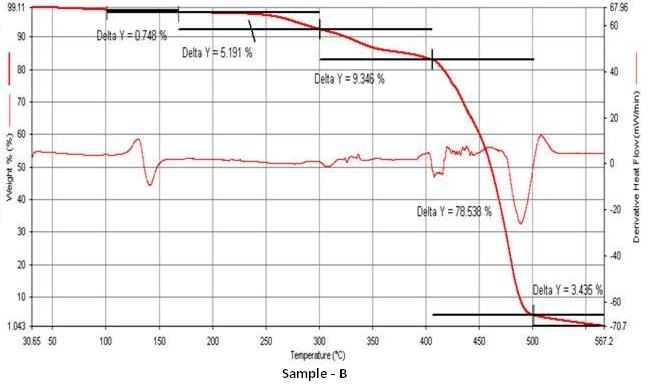 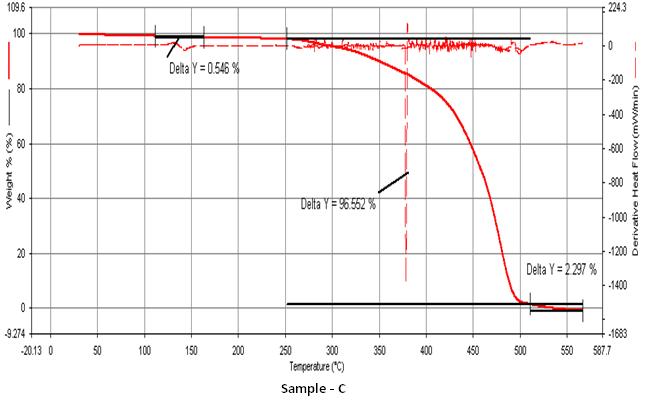 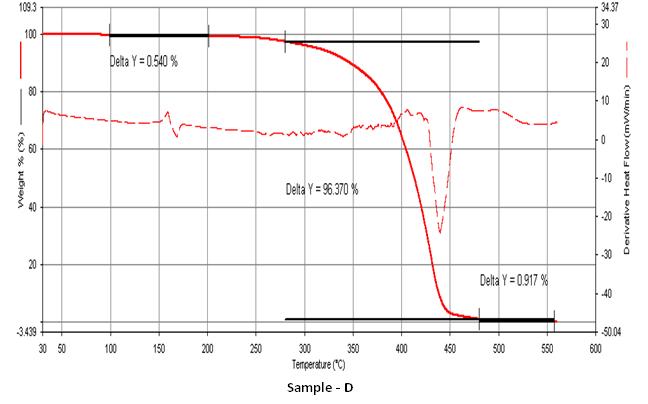 Interference and Identification of the Polymers:

A and B are composite C is a single polymer.

Sample A is made up of two HDPE polymers of two different degree of polymerization. The first one is 17.51% and the second one is 72.30%. Moisture content in this polymer is 2.20% and the filler material is 3.46%.

Contributed by:  Ms. Alakta Saha under the guidance of Prof. Barun Gupta