Food colours are added to different types of food commodities to increase their visual appearance often to help consumer to find them more appealing. The use of these additives is strictly regulated in many countries worldwide. There is a growing concern about the safety of some commonly used legal food colorants and there is a trend to replace the synthetic forms with natural products. Additionally, several dyes with known or suspected carcinogenic properties have been shown to be added illegally to foods. The most important food safety concerns in the field of food colours are lack of uniform regulation concerning legal food colours worldwide, possible link of artificial colours to hyperactive behaviour, replacement of synthetic colours with natural ones, and the presence of harmful illegal dyes—both known but also new, emerging ones in food. To detect these kinds of synthetic colour, a method has been developed by using High Performance Liquid Chromatograph coupled with UV detector.

The general scheme for identifying synthetic food colour in foods normally involves extraction of the colour from the prepared solutions of the food, separation of colours and identification and quantification of the separated colour.

Mobile phase A (10 mM Ammonium acetate buffer): 0.7708 gm of ammonium acetate was taken and finally volume made up to 1000mL with double distilled water. The solution was then filtered through 0.45 µm membrane filter. Furthermore the solution was sonicated for 15 minutes in an ultrasonic bath.

Preparation of calibration curve from mixtures of standard

A mixture stock solution (concentration of 100 mg/L) of 7 water soluble colours was first prepared. Then the following dilutions (Table-1) ranging from 1 mg/L to 20mg/L was prepared with double distilled water as diluent.

About 5 gm of sample was taken in a 50 mL centrifuge tube and 10 mL of water was added to it. The tube was then degassed in an ultrasonic bath for 15 minutes. After that volume of the solution was made up to 25 mL. The mixture was filtered through 0.45 µm membrane filter and aqueous extract was injected into HPLC system for determination.

All the 7 food colours viz. Carmoisine, Ponceau 4R, Erythrosine, Tartrazine, Sunset Yellow FCF, Brilliant Blue FCF and Indigo Carmine were validated in various matrices like sugar boiled confectionary, Jelly, Jams and fruit juices at two different spiking levels. Various Performance characteristics like Specificity, Limit of Detection, Linearity, Matrix Effect, Accuracy, Precision, Limit of detection, Limit of Quantification and Robustness were assessed. The method was found to be specific for the analytes and matrix combinations. The response of the detector was found to be linear within 1-20 mg/L (Figures. 1-7). Spiked recoveries were performed by two analysts on two different days at two different concentration levels to evaluate the accuracy and precision of the method. A typical chromatogram of Reference Standard mixture, Chromatogram of Blank Control Sample and Control Sample fortified with Reference Standards are presented in Figure. 8, 9 and 10. At LOQ level (2 mg/Kg) the mean recoveries obtained were between 93.92 – 101.59 % with relative standard deviation ranging between 1.65 – 10.35 % whereas at the higher fortification level (10 mg/kg) the recovery ranged between a 90.81 – 102.90 % with relative standard deviation of  up to 3.21%.  LOQ was fixed at the level of 2 mg/kg.

The analytical method described in this study was optimised for determination of 7 water soluble synthetic food dyes namely Carmoisine, Ponceau 4R, Erythrosine, Tartrazine, Sunset Yellow FCF, Brilliant Blue FCF and Indigo Carmine in food products like sugar boiled confectionary, Jelly, Jams and fruit juices by HPLC. The UV detection and quantification after the separation of the colours through HPLC method provides the specificity of the analysis. This method can be used to determine the analytes in food products as mentioned above at extremely low concentration (~ 1.6 mg/Kg). The Limit of Quantification of the method is found to fall within the range of 1.61 mg/Kg to 9.72 mg/Kg. The calibration curve was found to be linear. This was apparent from the square of the correlation coefficient (r2) value which ranged between 0.9996 to 0.9999. All the method validation parameters were within acceptable limits. This method found to be cheap, easy, effective and quite rugged for the analytes and matrix combination. In conclusion the method was found to be fit for its intended purpose. 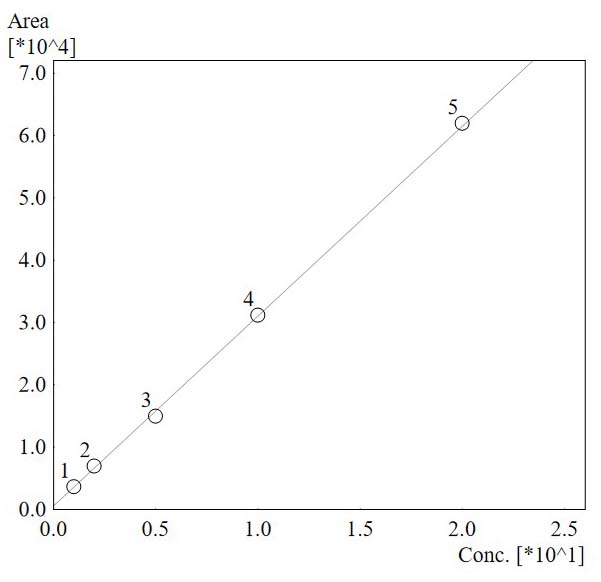 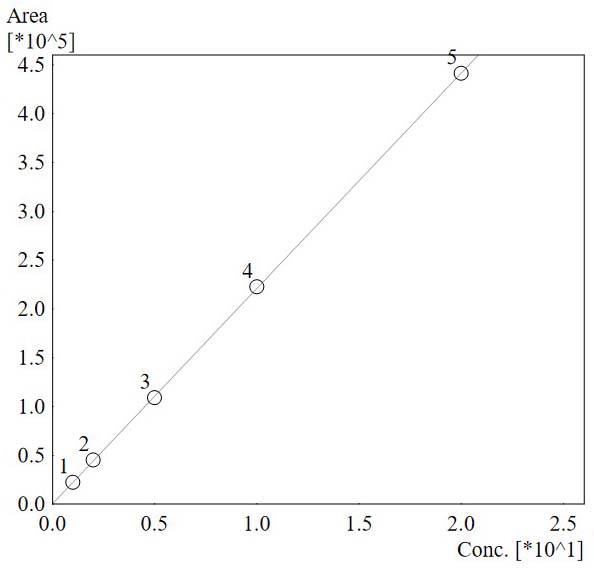 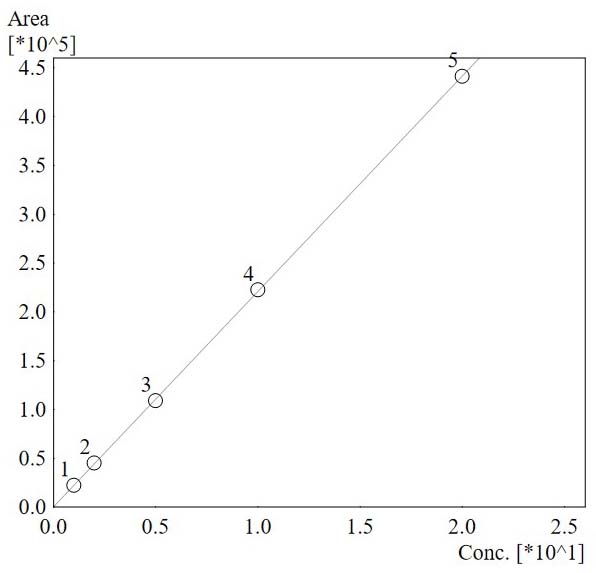 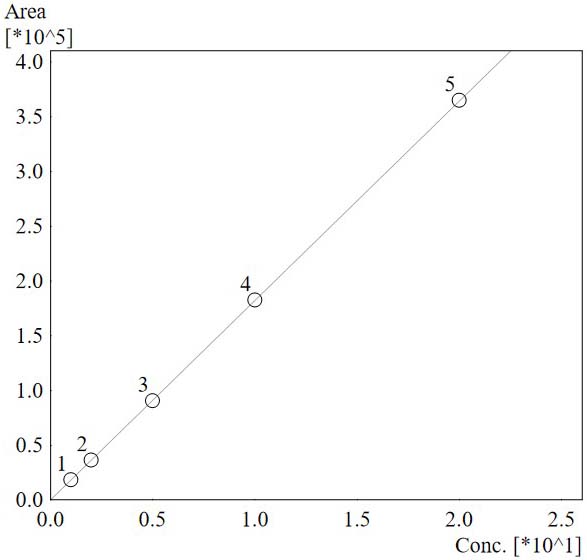 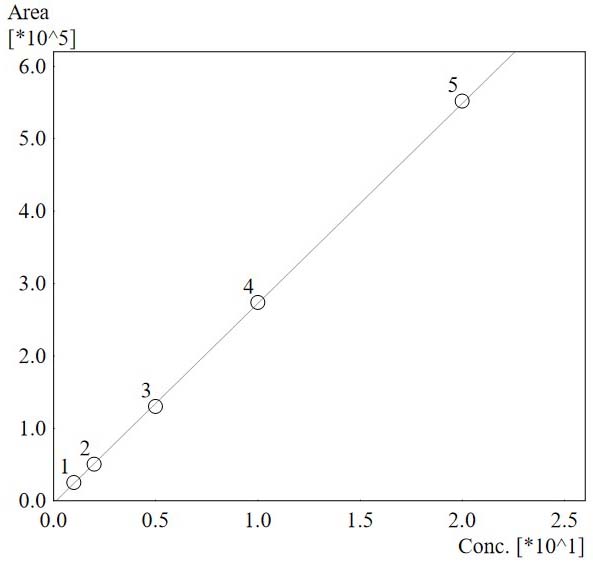 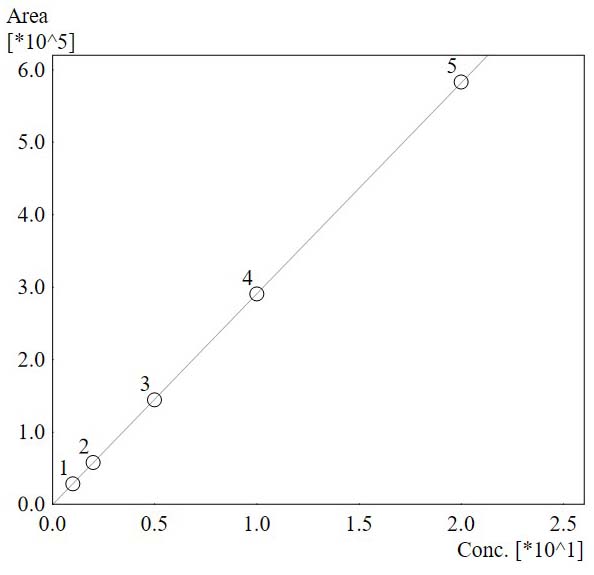