Introduction: Coal ash is an extremely complex mixture of organic and inorganic matter. The inorganic mineral matters mainly include SiO2, Fe2O3, Al2O3, CaO, MgO, Na2O, K2O, SO3, TiO2, Mn3O4 etc. Inside the power station boilers under high temperature condition, these inorganic matters of coal are transformed into products that may transfer to furnace walls and form deposits during combustion. In the present investigation, few Indonesian coal samples have been selected to find out the direct effect of ash chemical composition and ash fusion temperatures.

Experimental: The composition of several coal ashes were determine by ASTM D6349-09 method using Perkin Elmers Optima 700 DV, ICP-OES. The sample digestion was carried out in a Microwave digestor system inside the PTFE vessel under a control temperature, pressure and fixed magnetron power. On the other hand, AFT measurements were carried out in ASTM 1857 by using LECO AF 700 with a digital readout having a sensitivity of 2°C and a maximum temperature of 1600°C.

Results & Discussion: The results of an AFT analysis consist of four temperatures: 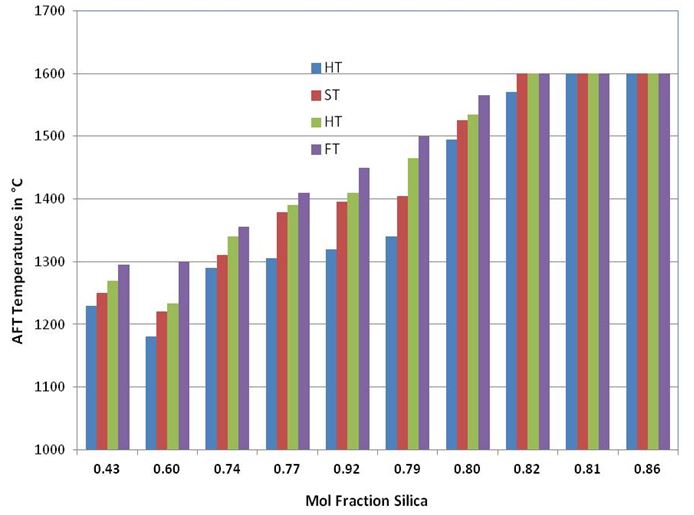 Figure 2: Variation of AFT with Silica Content for some Indonesian Coal Ash Samples

The ratio of basic oxide to acidic oxides expressed as B/A has been described as an important parameter that controls the AFT temperatures. Higher the B/A ratio, the coal shows has a lower AFT values as evident from Fig.3. 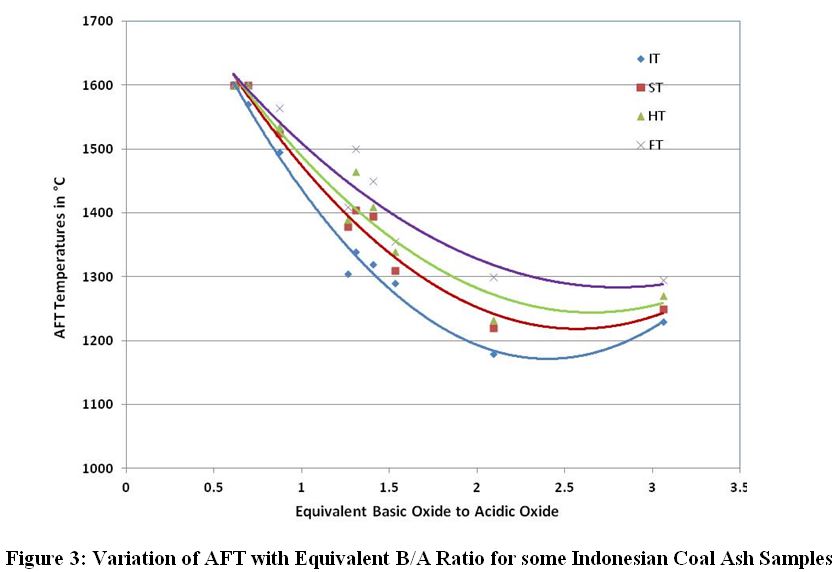 Sulfur content of coal is an important parameter that controls the slagging behavior of coal ash. High sulfur content increases the tendency to form slag. On the other hand, higher ratio of basic to acidic oxide also enhances the slag formation tendency. A parameter called slagging index can be calculated in this context as follows:

The relationship between B/A ratio to slagging index is shown in Fig.4. Acidic oxide content in the coal body should be greater than the basic oxide content to interfere slag formation. 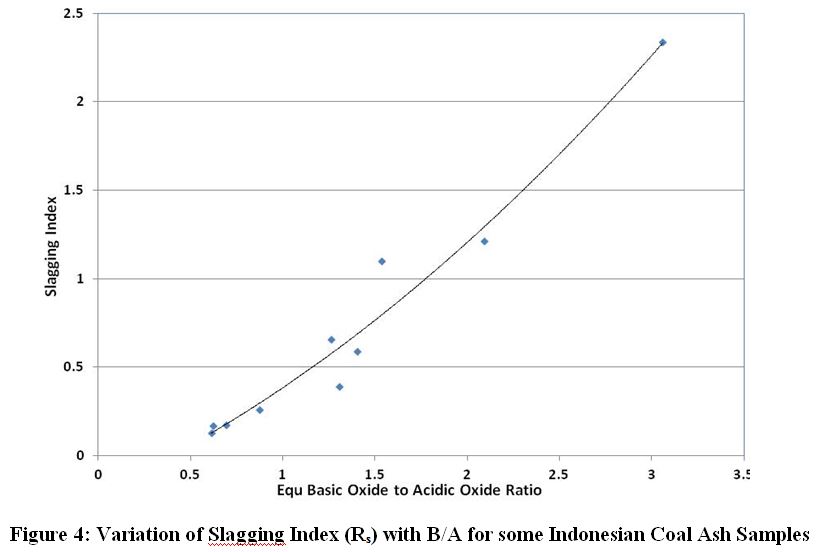 Conclusions: The following findings can be summarized after the above investigations:

a) Ash Fusion Temperatures (AFT) was found to increases with increase in mole fraction of       silica. AFT is related to relative lowering of vapor pressure which as per Raoults Law is directly proportional to the solute content i.e., dissolved silica. So this phenomenon obeys the fundamental Raoults Law.

b) AFT was also found the decrease with the increase of basic oxide content.