Coal is an alternative form of energy, and the uses of coal are mainly for power generation by thermal power plants, household heating and other industrial usage. The physical and chemical properties of coal and material derived from coal are of considerable importance in industrial coal utilization. The characterization of coal is vital for the efficient operation of power plants during power generation. Various methods are used for this purpose e.g., proximate analysis, ultimate analysis, petrographic study, reflectance and thermal analysis.

Thermogravimety (TG) and differential thermogravimetry (DTG) are the methods widely used in characterization of fossil fuels. This method involves continuous measurement of change in mass or rate of mass loss (DTG) of a sample with temperature or time. Thermogravimetric analysis (TGA) studies are useful tools for determination

The combustion behavior of four coal samples from different origin, Indonesia, Australia, South Africa and India were determined by obtaining burning profile using Perkin Elmer make TGA in the laboratory. The characteristic temperatures were determined from the burning profiles. Samples were heated from 35 – 700 oC with a ramp of 10 oC/min in oxygen atmosphere. Figure 1(a – d) shows the profile for the South African coal. Analogous profiles were obtained for other samples. The low value of peak temperature classified the coal as belongs to low rank. 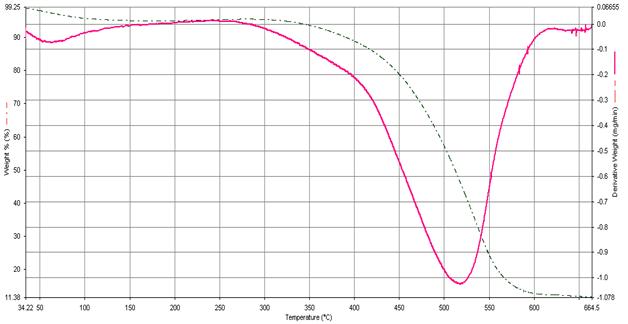 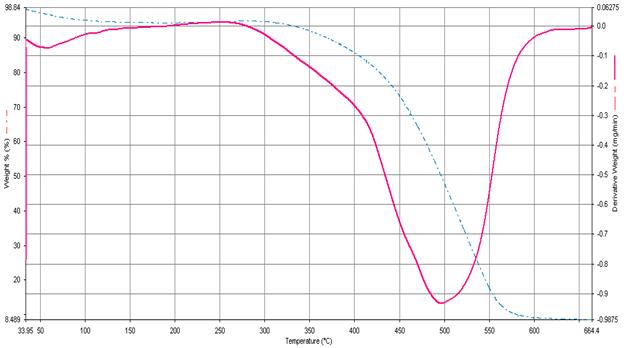 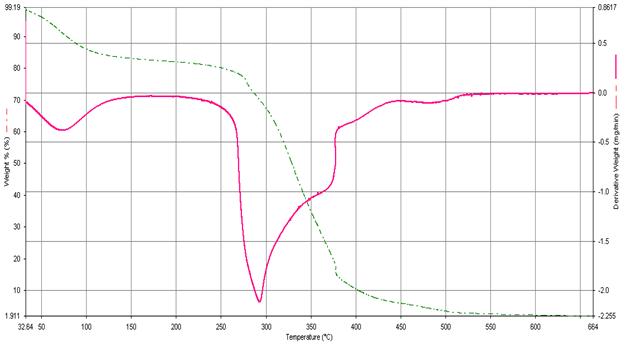 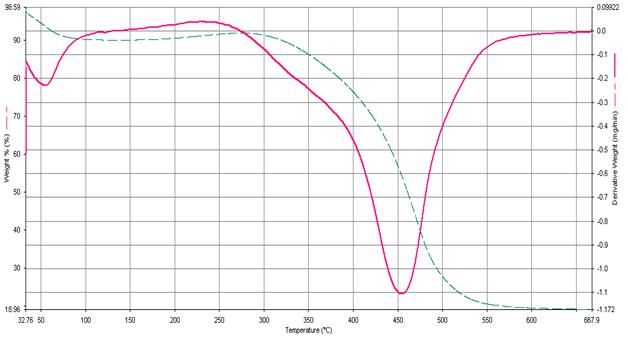 The initial decrease in weight in the burning profiles is due to the loss of moisture present in the coal samples. Moisture contents were calculated ranged from 4.94% to 17.02% as shown in Table 1. The amount of water evolved from illustrates the coal rank. Coal having higher porosity will have higher amount of moisture content indicating the rank of coal. The second peak is due to de-volatilization of organic matter of the coal which appearing in the temperature range of 300 – 700 oC. The main characteristic temperature of the DTG curve is the peak temperature (PT) and burnout temperature (BT) as reported in Table 2. 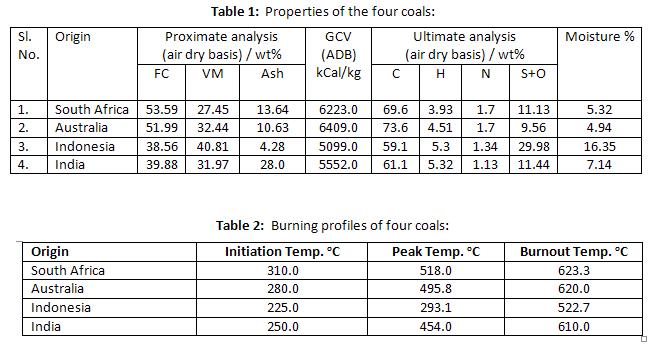 As the rank of coal increased, peak temperature and burnout temperature of the sample increased. The burning profiles provide a valuable and rapid method of ranking coals in terms of their burnout performance.